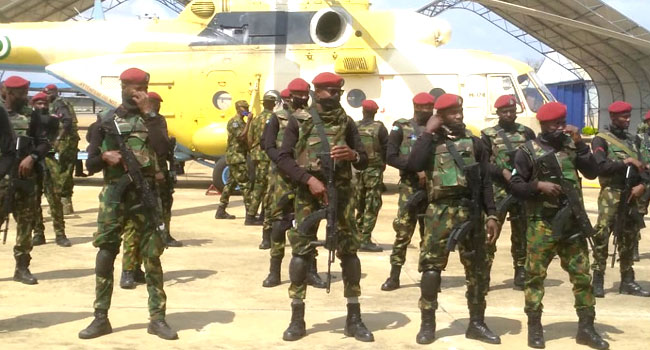 The Air Officer Commanding (AOC) Air Training Command, Kaduna, AVM Musa Mukhtar, said in Kaduna that the deployment was in response to the directive of the Chief of Air Staff (CAS), Air Marshal Sadique Abubakar, for NAF to support the ongoing operation.

Those deployed are two officers, 28 soldiers and two medical officials.

AVM Mukhtar said: “We are part of support element going to Southern Kaduna to support the Operation Safe Haven from the Nigerian Air Force Special Forces.

“I call on the troops to be discipline, remain focused and respect human rights as they go about their operations.

“We have Operation Thunder Strike which is domiciled in Kaduna to take care of the North West axis, this means the air power will be originated from there.

AVM Mukhtar noted that the operation would be as long as necessary, adding that there were already a contingent of the Defence Special Forces deployed to southern Kaduna, to restore peace in the area.

Tragic! Bipolar man commits suicide ‘after being unable to cope with coronavirus self-isolation’