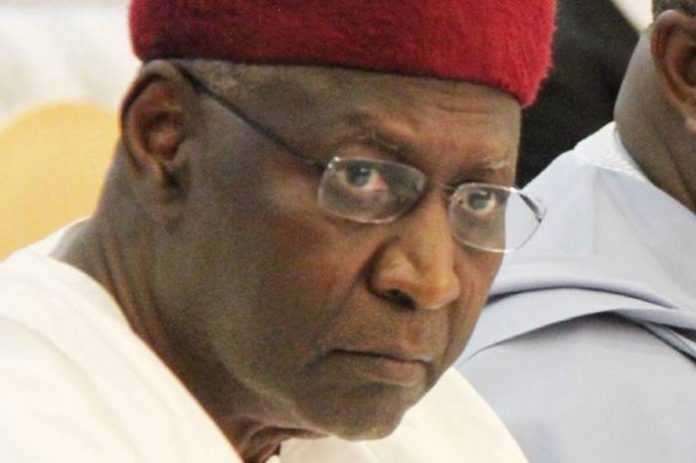 The Presidency has confirmed the death of President Muhammadu Buhari’s chief of staff Abba Kyari who passed on late Friday night.

The presidency confirmed the death in a statement issued by Mr. Femi Adesina, the spokesman of President Buhari.

“The Presidency regrets to announce the passage of the Chief of Staff to the President, Mallam Abba Kyari. The deceased had tested positive to the ravaging COVID-19, and had been receiving treatment.

Kyari who tested positive for COVID-19 in March had returned to Nigeria from Germany on March 14.

The late Chief of Staff has now been buried at the Gudu Cemetery in Abuja.

His remains were brought in an ambulance to the Defence House in Abuja, where family members, as well as his colleagues, gathered to pay their last respect, Channels TV reports

Envoy tasks Nigerians in South Africa to be law-abiding