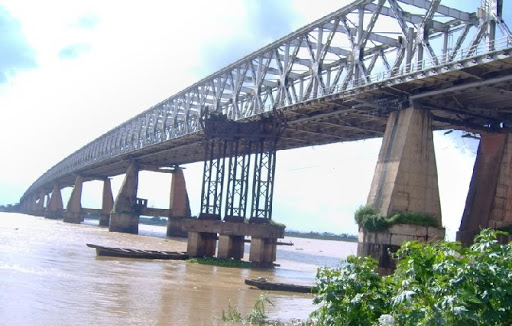 The Federal government on Friday dismissed as false allegations that the first Niger Bridge between Onitsha and Asaba is unsafe for commuters.

The government’s reaction comes after by Nollywood Actor, Yul Edochie, alleged that the Bridge was shaking and may collapse in a social media post.

Federal Controllers in charge of Anambra and Delta States, Adeyemo Ajani and Moshood Jimoh, explained nothing was wrong with the bridge in terms of its structural stability.

They told reporters that Messrs. Setraco Construction Co. Ltd carried out extensive repairs and maintenance of bridge between years 2005 – 2006.

Conducting reporters round the bridge through Onitsha and Asaba ends, Ajani said the existing Niger Bridge was a steel Bridge of 1.4km length across the River Niger linking Anambra and Delta States.

Ajani stated that the bridge had fixed and rocker bearings to allow for longitudinal thermal movement.

He disclosed there were five basic types of support structure for bridges, adding the vibration was normal as it was designed like that.

FG confident Nigeria will get fair share of COVID-19 vaccines

Nigeria to get British assistance in war against Boko Haram