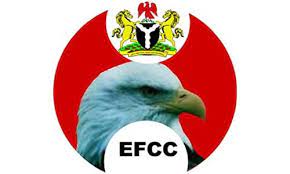 The Economic and Financial Crimes Commission (EFCC) has justified the reason behind its decision to obtain an interim forfeiture order to seize about eight choice landed property allegedly owned by the Director, Finance and Accounts in the Office of the National Security Adviser (ONSA), General Jafaru Mohammed.

The EFCC explained before the Federal High Court, Abuja that it acted on intelligence that a serving top military officer was in the habit of acquiring high-profile properties and had floated companies that owned similar assets.

It said upon preliminary investigation by a special task force team constituted in its Kano office to investigate the intelligence, the team found that Gen. Mohammed, who joined the Nigerian Army in October 1993, could not have legitimately earned enough to acquire the properties allegedly linked to him.

The EFCC stated in the court document that. Gen. Mohammed has earned not more than N73,402,644.29 since he enlisted into the Nigerian Army in 1993, and could not have been able to legitimately acquire those properties.

“The team interviewed one General Jafaru Mohammed and recorded his statement regarding his source of wealth. The said Jafaru Mohammed admitted having and running many filing stations while being a public servant.

“Clearly, in view of the properties so far discovered, there is no way the legitimate earnings of Brigadier General Jafaru Mohammed could have funded the purchase of these properties.”