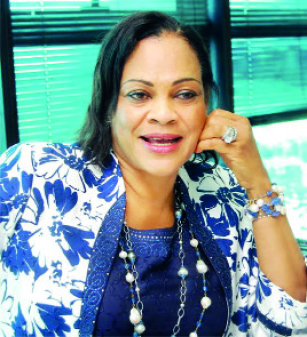 A member of the Board of Trustees of the Peoples Democratic Party (PDP). Daisy Danjuma, has said her endorsement of Edo State Governor, Godwin Obaseki’s second term aspiration was “personal.”

Mr Obaseki is a member of the All Progressives Congress (APC).

The News Agency of Nigeria (NAN), reports that Mrs Danjuma, a former senator, had, in Lagos on Sunday, endorsed Mr Obaseki during a town hall meeting organised for the governor in Lagos which has drawn the ire of the state chapter of the party who felt that the former senator’s stance was not proper.

“I have the right to support whoever I choose to. I am a member of the PDP. I have never left the PDP or decamped to any party like others.

It is my right to free comment and I have exercised that,” she said.

The Edo PDP, in a statement, disassociated itself from Mrs Danjuma’s decision to support Mr Obaseki for second term, and asked her to resign her position.

It said the comments, discussions and purported endorsements credited to Mrs Danjuma were her private thoughts and do not reflect the thoughts of Edo PDP.

The Edo PDP said it was “abnormal and not politically savvy for party leaders to endorse aspirants of another party other than the candidate of their party.”

Man thanks Lagos govt for treating him – COVID-19 survivor