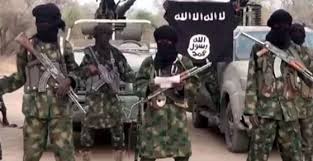 Special Adviser to the governor of Lagos State on Drainage and Water Resources, Engineer Joe Igbokwe says Nigeria will overcome insecurity in the fullness of time.

His statement comes on the heels of the recent kidnap which left over 300 boys missing after gunmen’s attack in Katsina State and the killing of rice farmers in Borno State amongst other incidents across the country.

He gave the assurance at the Commissioning of Igbo Speaking Community Secretariat Office, Lagos/ Presentation of awards to notable Nigerians who have made positive impacts which was held in Lagos recently.

Igbokwe posited that the terrorists lack the capacity to confront the Nigerian army face to face, or else they will be eliminated and destroyed. “So when people are sleeping, the terrorists take advantage of them, attack them, kill them and run away, they are cowards. But I can assure you that Boko Haram will be defeated in no distant time” said Igbokwe.

I’m not compiling list of workers for sacking, says Ogundipe