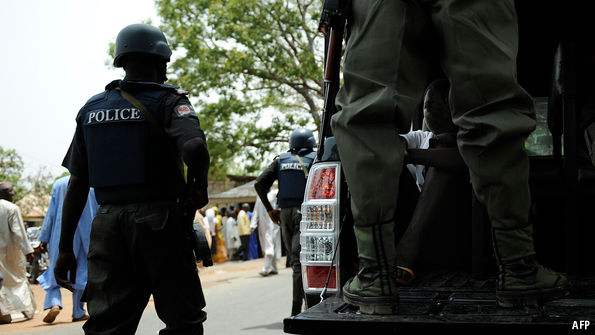 No fewer than two persons lost their lives on Friday in a clash between two rival cult groups, Aiye and Eiye confraternities, in the Mile 12 area of Lagos State.

It was learnt that the fight broke out around 1pm after some aiye members invaded the neighbourhood on the account that their rival group had a hand in the arrest of their leader arraigned in court earlier on Friday.

Our correspondent gathered that two persons had been hacked to death before policemen from Ketu Police Station arrived at the scene.

A police source told City Round that a corpse was recovered from the scene while the leader of Aiye group, one Jakaba, was arrested.

The source said, “The leader of Aiye was earlier arrested at Alapere and he was taken to court today (Friday). As a reprisal, his men went on the rampage and attacked Eiye group. I learnt two persons were killed but police only saw one corpse which was evacuated to the mortuary. The hoodlums took away the second corpse before police arrived.”

Another source said the situation had been calmed with a joint team comprising police and men of OPMESSA patrolling the neighbourhood to forestall a reprisal.

“The operatives are doing their best to ensure that innocent persons were not affected. Some arrests have already been made, including the aiye leader. Two suspected cult members were killed in the clash,” he added.

Buratai vows to flush out criminal elements from Niger Delta