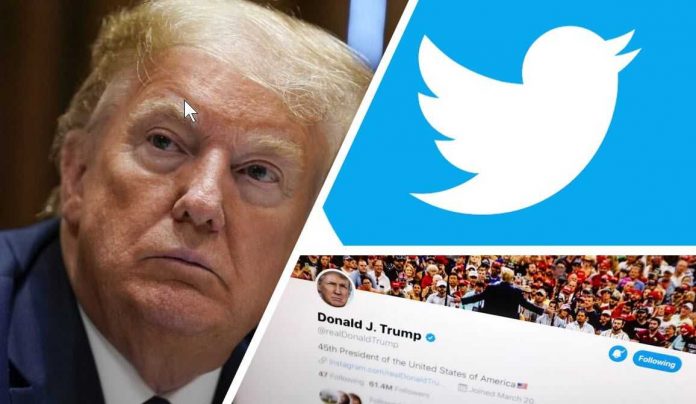 Trump administration issued an executive order to curtail the legal protections that shield social media companies from liability for the content posted on their platforms.

Twitter’s move escalated the confrontation between the company and President Trump, who lashed expressed his displeasure earlier this week over actions taken by his favorite social media service.

Twitter on Tuesday had appended fact-checking labels for the first time to two of Mr. Trump’s tweets about mail-in ballots, rebutting their accuracy. In response, Mr. Trump accused Twitter of stifling speech and declared that he would put a stop to the interference.

On Thursday, Mr. Trump signed an executive order to make it easier for federal regulators to argue that companies like Facebook, Google and Twitter were suppressing free speech when they suspended users or deleted posts. The tech companies have had “unchecked power to censor, restrict, edit, shape, hide, alter any form of communication between private citizens or large public audiences,” he said.

But Twitter has doubled down. Late Wednesday, it added fact-checking labels to messages from Zhao Lijian, a spokesman for China’s foreign ministry who had claimed that the coronavirus outbreak may have begun in the United States and been brought to China by the U.S. military.

Twitter also added notices on hundreds of tweets that falsely claimed a photo of a man in a red baseball cap was Derek Chauvin, an officer involved in the death of George Floyd, an African-American man who died this week after being handcuffed and pinned to the ground by police. The Twitter label alerted viewers that the image was “manipulated media.”

Customers to produce indemnity for online transfers above N1m – CBN

Nnamdi Kanu urges supporters to fast ahead of arraignment