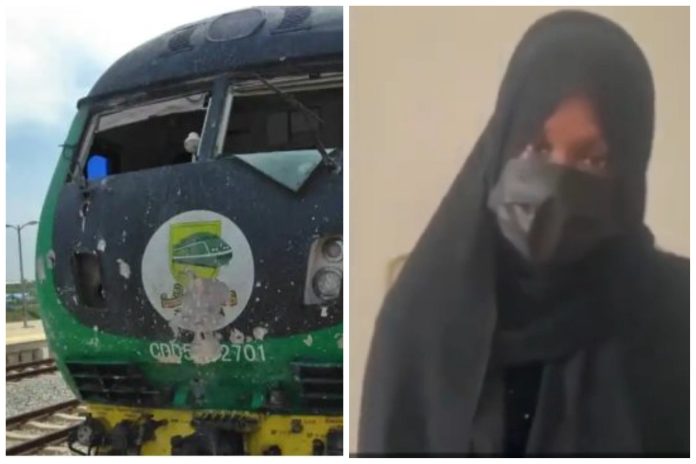 The attackers of the Abuja-Kaduna train of March 28, have released one of the pregnant women among the abductees.

It was gathered that the pregnant woman was released on compassionate grounds by the terrorist group suspected to be the Ansaru Islamic Sect, a breakaway of the Boko Haram sect.

In a video that went viral, the pregnant woman, wearing a long black gown and a face mask, called on the Federal Government to negotiate with the terrorists.

She said it was necessary because of the uncertainty surrounding the plight of others still languishing in the terrorists’ den.

Another pregnant woman delivered a baby girl while in the kidnappers’ den.

The released pregnant woman was the third victim of the train attacked freed by the terrorists.

The two others are the Managing Director, Bank of Agriculture, Alwan Hassan, who paid N100m ransom; and Sadique, a son of the Convener of the Northern Elders Forum, Prof. Ango Abdullahi.

APC to prevent defection of 18 senators