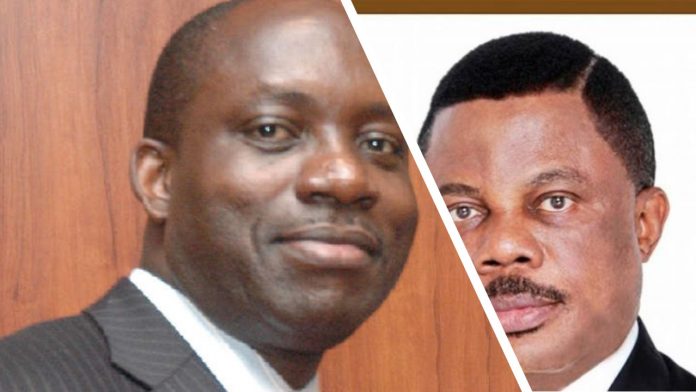 The eight-year tenure of Chief Willie Obiano as Anambra State governor will come to an end tomorrow.

He will hand over to the newly elected governor, a one-time Central Bank of Nigeria (CBN), Prof Charles Soludo.

The outgoing governor announced the dissolution of all his political appointees yesterday.

He directed them to hand over all government property in their care to the next in line in their offices.

Obiano, who succeeded Peter Obi in 2014, has been hailed by the stakeholders in the state for piloting the affairs of government well.

Okeke -Ogene described Obiano as an exceptional person, who consolidated on the records of Dr Chris Ngige and Mr Obi.

He listed the Anambra State International Cargo and Passenger Airport in Umueri and the International Convention Conference Center ICC as some of the legacies being bequeathed by the outgoing governor.