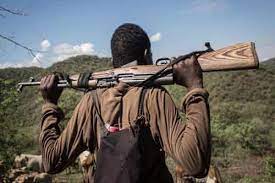 Senior Special Assistant to the President on Media and Publicity Mallam Garba Shehu, who stated this on Wednesday, spoke on the Hausa Service of the BBC.

Asked if the President’s directive to security agencies to go after abductors of the Zamfara schoolgirls and bring them to justice is not too weak, Shehu said: “What can be stronger than the fact that the President has directed the operatives to shoot anyone seen with dangerous weapons like AK-47, on sight, in as much as the person is not a security operative.

“Government is doing this with all seriousness. The President equally directed that the security should go after them and kill them except they lay down their arms.”

The presidential spokesman lamented that instead of kidnapping slowing down, it seems to be escalating.