The Senate has revealed that there is no clear record of the number of the nation’s police personnel, contrary to conflicting figures being bandied around by the Nigeria Police Force (NPF).

This is coming after the presentation of Police budget before the Senate Committee on Police Affairs chaired by Haliru Jika.

The revelation compelled lawmakers to schedule a meeting with the chairman, Police Service Commission (PSC), Musilini Smith, representatives of the Accountant-General of the Federation and Minister of Police Affairs.

Speaking at the meeting, Smith told lawmakers that the NPF was in a better position to tell everyone the figure of its personnel.

On the Senate’s official verified Twitter handle, chairman of Senate Committee on Appropriation, Jubril Barau, expressed dissatisfaction with the situation, saying if lawmakers conduct an investigation, it will be discovered that all figures provided by Police will not be correct.

Some members of the Committee, according to Senate Twitter handle, also expressed shock over the lack of accurate number of policemen in Nigeria.

Adamu Ailero said: “In 2019, all your personnel were captured in your pay roll. We want actual figure for 2020 budget. We want to be precise. We don’t want you to come with estimation. Go and come back with the actual figure of the Police Force for 2020 before we consider you.” 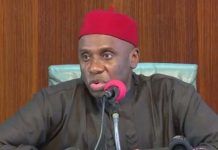 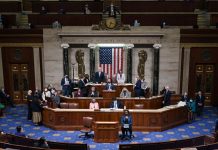