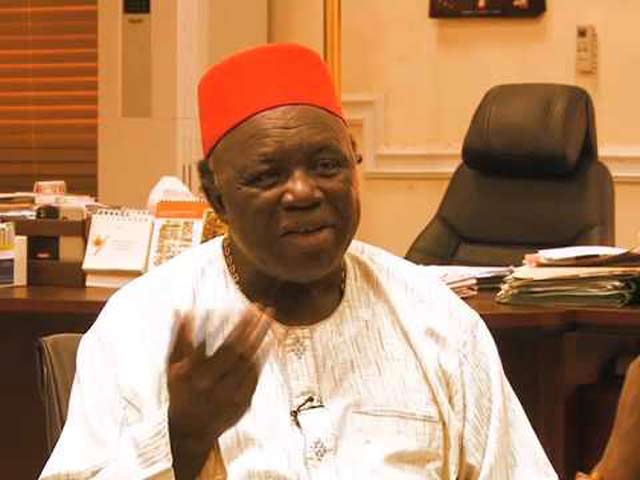 The Ohanaeze Ndigbo Worldwide President-General, Prof George Obiozor, has asserted that restructuring is not a threat to the unity of Nigeria but a national blessing.

He said, “Restructuring is not a threat to national unity, it is a very dynamic thing in a dynamic institution of a nation state where as you grow, new things are developed and new ideology evolves. In fact every country that is wise and progressive takes restructuring into account as they grow.

“In the case of Nigeria it will help to build a more perfect federation or union where conflict will be less and cooperation will be more.”

Prof. Obiozor said this on Friday on the Arise TV morning show.

He said if Nigerians had accepted the 2014 National Conference, most problems faced by the country today would have been solved.

“If we had taken time to look at restructuring, we should have actually taken more from the 2014 National Conference to lessen the conflicts that exist in this country, whether it is in our fiscal federalism, political or boundary issues particularly in revenue sharing. It is absolutely a problem federations solve very easily. Unfortunately all matters in Nigeria are over politicised.”

Speaking on Nnamdi Kanu, he said that though President Muhammadu Buhari was right when he said that the case was in court, he however urged the president to apply his prerogative of mercy on the case.

“The president said that the matter is in the court and you cannot fault that one. If he says he does not want to interfere in the function of the judiciary, there is division of labour at the Federal level where the judiciary is independent, so he is technically right in thinking that the case is already on.

Why Buhari reappointed me – Lai Mohammed