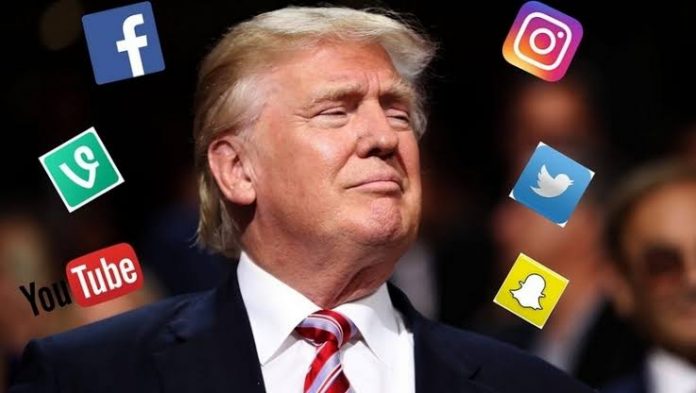 United States President, Donald Trump has threatened to “strongly regulate” or “close down” social media platforms, after Twitter added a “fact check” label to two of his tweets about mail-in ballots.

In a series of tweets on Tuesday, Mr Trump had alleged that social media platforms stifle free speech, and therefore interfering in the 2020 Presidential election.

He asserted that “Republicans feel that Social Media Platforms totally silence conservatives voices,” Trump tweeted, “We will strongly regulate, or close them down, before we can ever allow this to happen.”

However, two hours after Trump first tweeted Wednesday, Secretary of State Mike Pompeo tweeted about joining the Freedom Online Coalition’s call to promote and protect internet freedom “at all times.”

“The U.S. stands against, and will not tolerate, government-imposed Internet shutdowns and other forms of censorship during or after this pandemic,” Pompeo tweeted Wednesday.

Robert A. Destro, assistant secretary for democracy, human rights, and labor, also tweeted about joining with the coalition and calling on governments to ensure that human rights are protected online in response to the COVID-19 pandemic.

This is not the first time Trump said he was looking at new regulations for tech giants.

Trump also accused Twitter of silencing conservative voices in July 2018. Twitter CEO Jack Dorsey said at the time that his company’s employees are “left-leaning” but said political ideology does not determine what appears on Twitter.