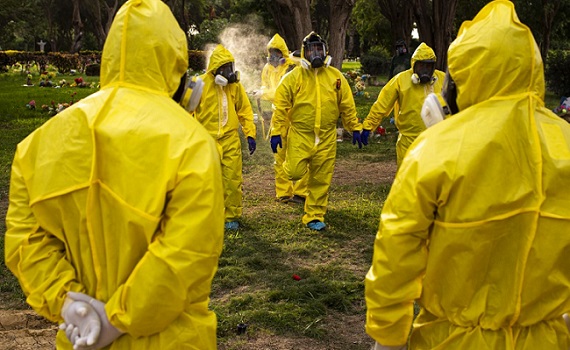 Peru on Thursday exceeded over 10,000 Coronavirus deaths, according to the health ministry, just a day after the government began easing a national lockdown in a bid to revive the economy.

The government faces a dillemma between reviving the economy or mitigating the spread of the virus as the number of deaths rose to 10,045, an increase of 185 in the last 24 hours, while the number of people infected rose to 292,004, the ministry said.

Peru is Latin America’s second worst-hit country after Brazil, where according to official figures more than 60,000 people have died from the disease.

Among the latest of Peru’s victims is the leader of the Awajun indigenous people, Santiago Manuin, who died Wednesday aged 63.

Manuin was recognized with Spain’s Queen Sofia Prize for his crusade in defense of the Amazon and indigenous rights.

During a visit by Pope Francis in 2018, when the pontiff met with Amazon indigenous leaders in Peru’s Madre de Dios region, Manuin presented the pope with a traditional feather headdress.

“No weapon formed against you shall prosper,”Emir of Daura assures Buhari