In the first of revelations to news organizations on his background, Professor Babagana Umara Zulum, the governorship candidate of the All Progressives Congress (APC) in Borno State ahead of the 2019 general elections, took Daily Trust Saturday down memory lane, giving account of movement from grass to grace.

He was declared winner of the primaries two weeks ago. With the advantage of support by incumbent Governor Kashim Shettima, and sharp divisions in the main opposition PDP which produced governorship candidates in parallel primaries, the Professor of Irrigation Engineering from University of Maiduguri looks is set, barring any unforeseen eventuality associated with politics.

A member of the National Institute of Policy and Strategic Studies (NIPSS), Prof. Zulum also said he never had the luxury of being lazy, since he had to struggle all his life. He began by talking about his humble background, in which he had to join his father in tilling the ground at a tender age in Loskuri village in Mafa LGA of Borno State.

“Every day, I trekked for seven kilometers to reach my father’s farm from our home,” he recalled. He combined farming with his primary and school in Mafa and Monguno from 1975 to 1980 and 1980 to 85, respectively. At “class five” in secondary school in Monguno, he began to fully cater for his education.

“From 1984 to around 1999 (16 years) I became a commercial driver of taxis, particularly Peugeot 404. At some point, I also drove buses carrying passengers to different villages, and neighboring states.

At a later time, I drove commercial pickup trucks carrying firewood from forests. While working as commercial driver, I learned how to fix any vehicle I drove,” he recalled.

In 1986, Zulum gained admission into Ramat Polytechnic in Maiduguri, owned by the state government, to study for a National Diploma in Irrigation Engineering, and lived with relatives off-campus in Kofa Biyu, a densely-populated area.

“I trekked for eight kilometers from Kofa Biyu to Ramat Polytechnic and back whenever I had lectures. But I was already used to long walks all my life, as I couldn’t afford transport to school.

Whenever I drove taxis and returned the vehicles to owners, I used what I got for my basic school needs. I later also became a commercial operator of grinding machine, and I owned one in Mafa, and during weekends I went there to serve customers,” he said.
He obtained his ND in 1988. In 1989, Zulum joined to the Borno State civil service as an Assistant Technical Officer in the state’s Ministry of Agriculture. In 1990, he moved into Borno State Unified Local Government Service as Senior Field Overseer.

“While working, the salary couldn’t cater for my needs and some dependants, so I continued commercial driving to augment my income,” he recalled. It was still as a commercial driver that in 1990, he secured admission into University of Maiduguri for a degree in Agricultural Engineering, and graduated in 1994.

After three years, he again got admission into the University of Ibadan for an MSc in Agricultural Engineering. “An experience after gaining admission in Ibadan will always remain memorable, as my registration was delayed for three weeks because I could not pay my registration fees. I didn’t have the money when I departed Maiduguri, but I believed I could get some work to do in Lagos. For three weeks, I lived in Alaba Rago working with commercial vehicles and there I raised the money for my tuition. I went to Ibadan, paid my fees and started.

I graduated in 1998, returned to the civil service as a Senior Agricultural Engineer and later Principal Water Engineer,” he noted. After obtaining a Masters Degree, Zulum said, he joined the University of Maiduguri in 1998 as an assistant lecturer. From 2005 to 2009, he obtained PhD in Soil and Water Engineering from University of Maiduguri, rising through the ranks, at some point Deputy Dean and Acting Dean of the Faculty of Agricultural Engineering.

Zulum decided to retain his teaching job in UNIMAID, even while he was appointed into the state government in 2011. Though a he was appointed rector of Ramat Polytechnic in 2011 by Governor Shettima, he preferred to retain his salary of lecturer in UNIMAID. He continued with teaching students in UNIMAID during his lecture hours while also managing the Ramat Polytechnic. “I didn’t want anything to stop me from teaching in University of Maiduguri so I retained that as my main job and I continued doing everything I was supposed to do as lecturer without also compromising my appointment in the state government,” he said.

As rector of Ramat Polytechnic, Zulum is credited with expansions and erecting capital infrastructure using internally-generated revenue and attracting interventions from federal agencies.

In 2015, Zulum was appointed pioneer Commissioner for Reconstruction, Rehabilitation and Resettlement by Shettima, who told a gathering in Maiduguri last week that one of his attractions to Zulum was the fact that despite being in control of billions of naira for reconstruction of thousands of homes, schools and hospitals, “[He] neither bought a personal house nor a personal car for himself.

He also came under attack from Boko Haram twice, but didn’t stop in his efforts to rebuild substantial parts of Borno.”
Zulum himself told Daily Trust Saturday that his appointment as Commissioner for Reconstruction, Rehabilitation and Resettlement was one of his biggest challenges in life. “Governor Shettima told me in September 2015 that he was trusting me with so much funds for the rebuilding of hundreds of communities destroyed by Boko Haram, and he was worried about the displacement of more than two million people of the state.

That appointment was one major challenge, and I took it up ready to die doing it or trying. Yes, at some point, there was the issue of safety since insurgents can spring surprises, but we had the overwhelming support of the military and the police in particular, as well as other security agencies, and volunteers.

The rebuilding was something that needed to be done. As the governor said, we couldn’t wait forever. I’m happy that he succeeded in his determination to rebuild many communities, particularly places like Bama.

Today, the government has resettled victims in most of the LGAs, including Bama, Kaga, Dikwa, Gwoza, Askira Uba and others.”

“We rebuilt more than 10,000 houses in Bama, schools and hospitals in that local government area, and most others. The ministry is still working and I am sure in few months the governor will complete the rebuilding, and this is major history for the administration and the people of Borno,” Zulum said. 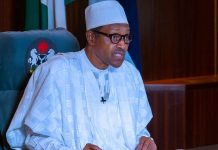 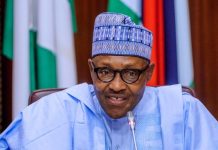 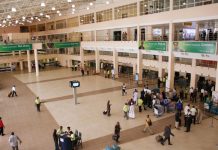 Must read! How a BA pilot turned Tesco delivery driver to survive lockdowns