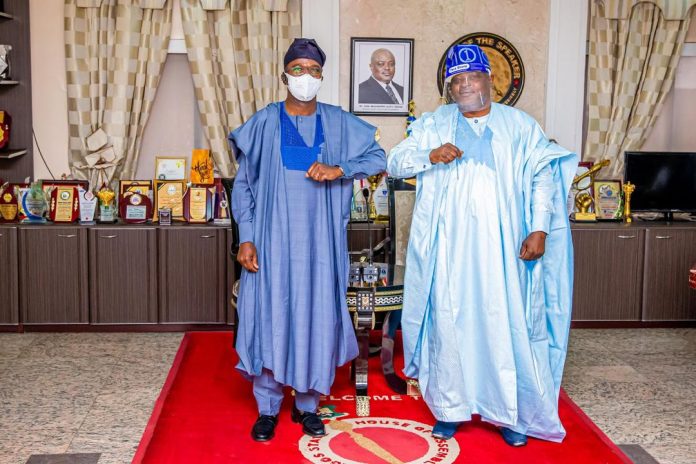 •Youths to meet candidate
Speaker, Lagos House of Assembly, Mudashiru Ajayi Obasa and other lawmakers have pledged their support for Mr. Tokunbo Abiru, the consensus aspirant of the All Progressives Congress (APC) in the coming Lagos East Senatorial By-election.

Obasa, who is also the chairman, Conference of Speakers of State Legislature in Nigeria, spoke to Abiru when he led his ‘Tokunbo Abiru Campaign Team (TACT)’ on a visit to the House.

The Speaker said: “I want to assure you that you have our support already. It is the responsibility of all of us in this House and not those from Lagos East alone to support you.

“It is not your election. It is our election because whatever the outcome, it has implications on all of us, our party in Lagos, and what will happen in the next general election in of 2023.”

As part of moves to further endorse the candidacy of Abiru as the candidate of the APC in the Lagos East Senatorial District by-election, youths in the area will organise a meeting between his campaign team and the constituents.

The meeting, to be held under the auspices of Lagos East Senatorial Youths Strategic Mobilisation, will be an interactive session between Team Abiru, students, youths and other residents.