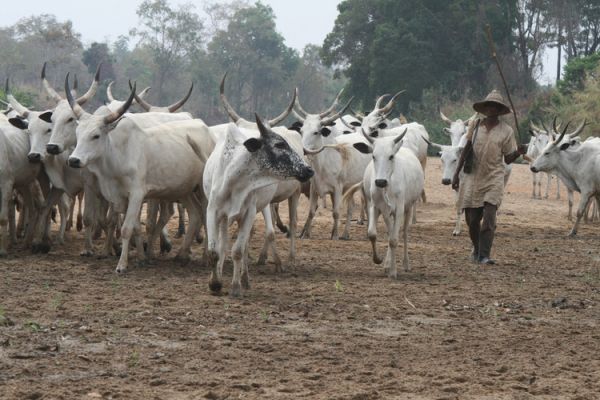 A community in Delta State, South-South Nigeria, has placed a ban on beef to protest attacks on their people by herders.

The people of Uwheru in Ughelli North, Delta State, have been forbidden from eating or selling cow meat because of repeated attacks by herdsmen against farmers and residents of the kingdom, the Punch newspaper reported, Monday.

The paper reported that the ban was imposed on Saturday at a meeting of Uwheru community. The paper said the meeting was attended by prominent indigenes of the area, including the Commissioner for Higher Education in the state, Patrick Muoboghare.

The Punch reported that at least 86 farmers in Uwheru have been killed in herdsmen related attacks in the past 12 years.

Fourteen people were feared killed recently when some herdsmen invaded Uwheru, prompting the community leaders to accuse the Nigerian Army of complicity in the deadly attack.

The Guardian newspaper reported that the latest killings “began when herdsmen arrived the community with a large number of cows and destroyed farms.

The Commissioner of Police in Delta state, Hafiz Inuwa, later admitted, according to a report in Vanguard newspaper, that the police have received six exhumed bodies of farmers killed in Uwheru by suspected herdsmen.

Delta State governor, Ifeanyi Okowa, condemned the attack and called on the police and military authorities to urgently restore peace in the affected communities. He appealed to the Uwheru people to remain calm and show restraint.

Most of the beef consumed in Nigeria are from nomadic Fulani herdsmen. Nigeria is plagued by incessant deadly clashes between herders and farmers, which has spread from the country’s middle-belt region down to the south.

The 2019 Global Terrorism Index (GTI) report said herders killed more Nigerians in 2018, compared to the number of deaths caused by Boko Haram in the country.

The GTI report ranked Nigeria, for the fifth consecutive time, since 2015, as the third country with the worst impact from terrorism, globally.