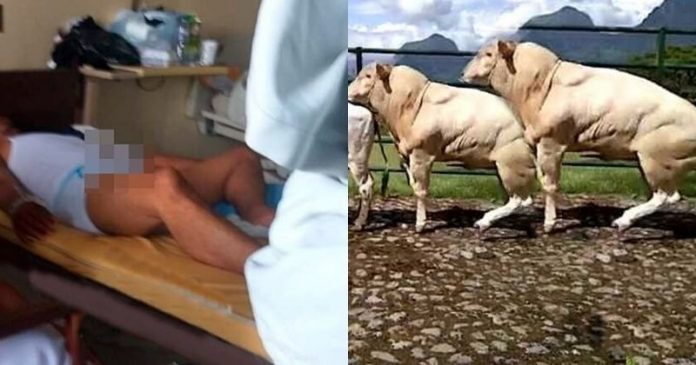 A man has been hospitalised with a ‘three-day’ erection after taking a sexual stimulant ‘used for breeding bulls’ in Mexico.

The individual, who has not been named, received urgent surgery at Specialist Hospital 270 in the US-Mexico border city of Reynosa after checking in with the persistent condition.

He took the drugs as he was planning to have sex with a 30-year-old woman, reports Peruvian newspaper La Republica.

‘He was hospitalised in the Specialised Hospital 270 of the city of Reynosa’, Doctors told the newspaper.

‘He had taken a sexual stimulant which he had bought in Veracruz, used by farmers in that region to invigorate bulls for insemination.’

The man is reported to have travelled to Veracruz, in east Mexico, to purchase the stimulant used for cattle. There have been no updates on his condition following the surgery.