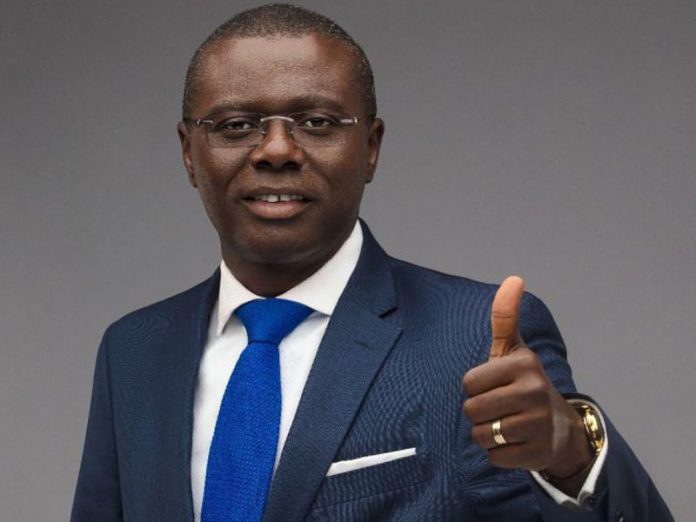 Abraham Lincoln once said, “uneasy lies the head that wears the crown.” He then told Americans to give him the Crown, while asking for their votes, and he will bear the uneasiness.

Leadership comes with privileges. It also bears responsibilities in equal measure. In the last 10 months, the burden of leadership has manifested in different ways in Lagos in a way that put to test the ability and resilience of Governor Sanwo-Olu. Unfortunately for him, the situation will not change in the next 3 years. So, he needs to prepare more for turbulent days ahead.

Before the cataclysmic Abule Ado disaster of last Sunday, there had been two major explosions at Ijegun and somewhere in Abule Egba within the last 10 months. The Abule Ado disaster was very huge in terms of impact. It destroyed buildings many kilometres away from scene of actual incident. That it happened in a period the state was figthing hard to keep away Coronavirus must have stretched the coping mechanism of the governor. Without doubt, Sanwo-Olu, so far, has shown courage under fire.

As Governor of Lagos, even if under fire, Sanwo-Olu has exhibited calm, stability and comportment necessary to carry the people he is leading through turbulence. Within 72 hours, this past weekend, he was in Abuja 3 times to troubleshoot for his state and get all the necessary Federal Government support. He met with the President on Monday to brief him on the situation in Lagos. You can trust social media to explode with the pictures of that Presidential visit. The pictures, as expected, generated mixed reactions. For whatever reactions it generated on social media, all Sanwo Eko cares for is to get all the help he needs for Lagos.

The state on Monday launched N2billion Relief Fund for Abule Ado victims with N250million seed fund and a call on Lagosians and corporate organisations to contribute to the fund. Zenith Bank and Dangote Cement have already responded to the call. Zenith Bank swelled up the Relief Fund with N100million donation. Without any debate, a N2billion that is well channelled to the victims will bring succour and help them get back on their feets. Those who lost houses and means of livelihoods must be helped to get back their lives. That is what government is for. To be an enabler of happiness for citizens.

With about same population as Ghana, Lagos GDP is bigger than that of Ghana and 20 other African countries. Over 70% of trade and commerce in Nigeria and West Africa take place in Lagos. Lagos, in a way, is a victim of her own success. The success brings along with it mountain of problems – security, sanitation, blighted communities, chaotic public transportation, unemployment, and inadequate social services among others.

And when disasters like Abule Ado is thrown into the mix, leading Lagos is not an invitation to a tea party. So far, Governor Sanwo-Olu has shown leadership in managing crisis and a steady hand in time of trouble.