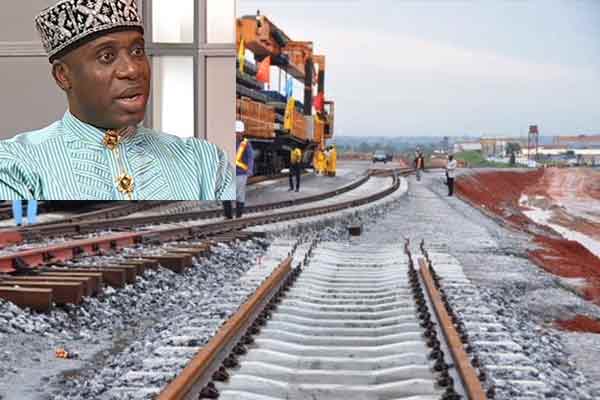 According to the minister, the federal government is currently sourcing funds for the project from various financial institutions for execution of the project.

The minister said the government had approached Standard Chartered bank for the funding as it was yet to conclude the loan agreement with the Chinese.

He also hinted that the federal government has so far injected over $400million into the project.

The project which is budgeted to gulp $1.2billion is slated to be completed in 18 months.

Addressing the issue of funding, the minister who was in Kano on Friday for an inspection of the project said he had never denied that there were financial challenges.

His words, “That is because of the economic downturn. The Chinese are not funding the way they used to fund us, up till now; we are yet to conclude the loan on this project.

“So, we are funding this project from the budget, that was why I was sceptical on the completion date and I said, if we fund them, I used that word because of the situation of things.

“However we are putting pressure on the necessary institutions that need to give us loans, hopefully before May we should be able to get enough money to complete this project but currently, we are funding it through the budget.”

Police Shut Down a Factory Making Fake Ferraris and ‘Shamborghinis’