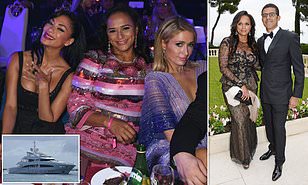 Africa’s richest woman and the daughter of the former President of Angola, Isabel dos Santos, has decried a court order which froze her assests worth £750million in a bid to recover state funds, claiming she has been victimized.

Reports emerging from investigations carried out by international financial institutions has it that Isabel, the 46-year-old daughter of Jose Eduardo dos Santos, has a fortune estimated at £1.7billion which she amassed during her father’s reign in which billions of dollars of state funds went missing.

It comes amid a corruption crackdown led by her father’s successor, President Lourenço, which has entangled dos Santos’s husband and one of her brothers.

However, reacting to the incident, Isabel told the times that the court order was a ‘witch-hunt’ against her family and insists she amassed her fortune during her father’s presidency through hard work.

Her words, “It’s a politically motivated attack which is part of a wider strategy to discredit the legacy of President dos Santos.”

A court ordered the woman, unsympathetically dubbed ‘princess’ by locals, to have her bank accounts frozen and her shares in local companies seized, including ones in diamond, phone and banking companies.

And just two weeks earlier, her half-brother José Filomeno dos Santos, 41, went on trial accused of embezzling as much as £1.2billion when he was head of the sovereign wealth fund of the oil-rich state.

She has hired lawyers to challenge the court ruling and dismisses all allegations as ‘obvious lies, errors and omissions’.

Mark Zuckerberg on billionaires: ‘No one deserves to have that much money’