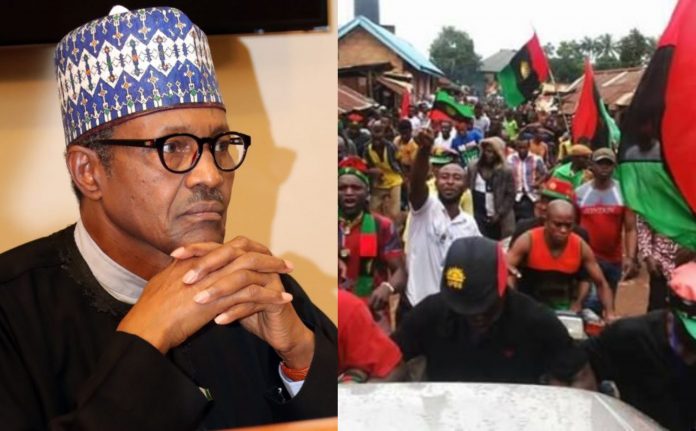 The presidency has accused the proscribed Indigenous People of Biafra of deliberately misinforming the international community, alleging the persecution of Christians in Nigeria with financial backing of $85,000 monthly.

The Senior Special Assistant to the President on Media and Publicity, Garba Shehu, in a statement on Sunday, admonished IPOB over claims that Christians in the country were being persecuted.

Shehu said, “The Presidency wishes to draw the attention of all citizens and the international community to a most misleading campaign spearheaded by the so-called IPOB, using false allegations of persecution of Christians against the Nigerian State.

“For reasons of convenience, he (Nnamdi Kanu) claims to have an interest in the welfare of Christians – but this is a ruse: the case for independence, the leader believes, is strengthened by ‘proving’ the government of Nigeria is ‘autocratic’, engaged in a ‘silent slaughter’ of their own citizens along religious and ethnic lines – and that therefore, the only viable option for the unique religious and ethnic minority is a sovereign Biafra separate from Nigeria.

“Nigerians and the international community are advised to be wary of this divisive campaign, which available evidence shows is being funded with a monthly spending of $85,000 since October 2019, with no records of the source of this largesse.”