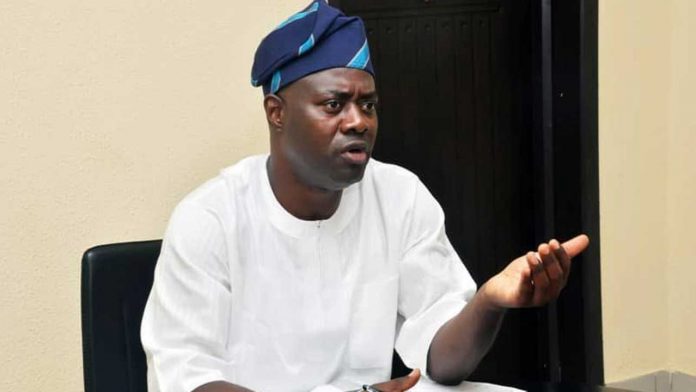 •As governor vows that no Oyo citizen will die from COVID-19
Oyo State governor, Seyi Makinde, has given insight on how he was able test negative to the novel coronavirus after going into isolation.

But speaking on phone with Fresh FM, a radio station based in the state, Makinde gave account of his time in isolation and how he was able to test negative after earlier testing positive.

Maintaining that he remained asymptomatic, Makinde said he only put in efforts to boost his immunity and used his time in isolation to regularly exercise on the treadmill.

In boosting his immunity to overcome the virus, he said he consumed Vitamin C, carrots as well as blackseed oil mixed with honey.

He consequently urged all residents of the state not to fret, saying that local solutions existed to boost immunity and overcome the virus.

“My very good friend and brother, Dr Muyideen Olatunji is the one in charge of the Primary Healthcare for Oyo State. He came to me and said, look, I am going to send to you this blackseed oil, it boosts immunity. So I mixed it with honey and took one teaspoon in the morning and one in the evening.

“So, there are local solutions to boost immunity. Our people should not fret. Just as I have been able to get the virus out of my system, so will it be for majority of our people,” Makinde said.

According to Makinde, his days in isolation also offered him a time to rethink his programmes and policies for the state as well as how to handle the socioeconomic effects of COVID-19 on the state.

Makinde, on Monday, reiterated the commitment of his administration to ensuring that no citizen of the state dies from contracting the virus.

Speaking during the opening the 100-bed Infectious Disease Centre, Olodo, Ibadan, meant to serve as isolation centre in the state, Makinde said what was more imperative was for residents of the state to adhere to social distancing and hygienic practices.