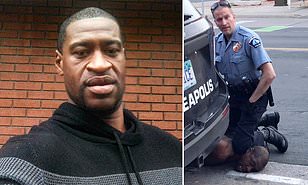 The autopsy, requested by George Floyd’s family, has revealed the deceased died as result of “homicide caused by asphyxia due to neck and back compression that led to a lack of blood flow to the brain,” according to early findings from the examination released Monday.

Floyd died after a police officer pinned his knee to Floyd’s neck as Floyd called out that he couldn’t breathe, following his arrest for allegedly spending a counterfeit $20 in Minneapolis, Minnesota, last Monday,

The independent examiners found that weight on Floyd’s back, the handcuffs and the positioning were contributory factors because they impaired the ability of Floyd’s diaphragm to function. The report concluded that Floyd, 46, died at the scene.

Later Monday, the Hennepin County Medical Examiner’s office released its initial findings of their autopsy and also declared Floyd’s death was a homicide caused by “a cardiopulmonary arrest while being restrained by law enforcement officer(s).”

Baden said Floyd was in good health before his death and said the video of his death showed the compression of his neck and back very clearly.

Former Minneapolis police officer Derek Chauvin, identified as the officer who put his knee to Floyd’s neck, was arrested and charged with third-degree murder and manslaughter. Floyd was heard saying “I can’t breathe,” while the officer had him pinned for nearly nine minutes, according to the criminal complaint.

Three other officers who were involved in the arrest have been fired but haven’t been charged as of Monday afternoon.