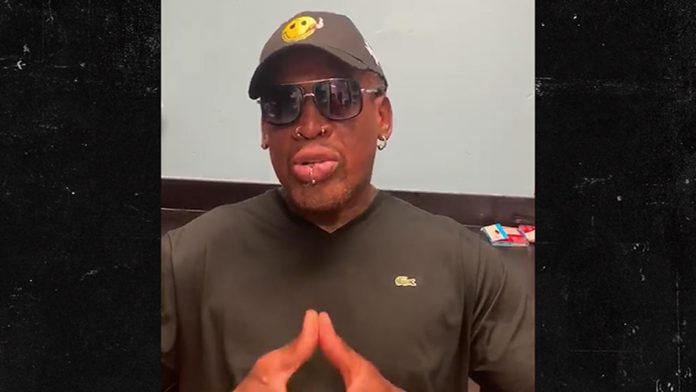 NBA great Dennis Rodman has advocated for peaceful protests in response to the death of George Floyd, urging protesters to end to looting, adding that “we’re human beings, not f–king animals.”

Protests disrupting business activities have been ongoing all over the country after George Floyd, a 46-year-old black man, was killed in Minneapolis last week by a white police officer.

“I think someone needs to come out and say, ‘Hey, guys, why are we looting? Why are we stealing? Why are we creating more issues, more problems?” the 59-year-old Rodman said in an Instagram video, titled “Rest in Power George Floyd.” “This is a bad, bad situation. But the fact that you’re gonna protest, protest in the right way. You don’t have to go and burn down things, steal things, burn things and stuff like that.”

Rodman, who sympathized with the peaceful protests taking place, added that resorting to violence was not the solution and “we have enough issues with” coronavirus.

Known as much for his eccentric personality as his Hall of Fame career, Rodman was among many athletes and celebrities — including his former Bulls teammate Michael Jordan — to speak out about the Floyd protests.

“Please understand … we have to live together,” Rodman said. “We’re human beings, we’re not f–king animals.”