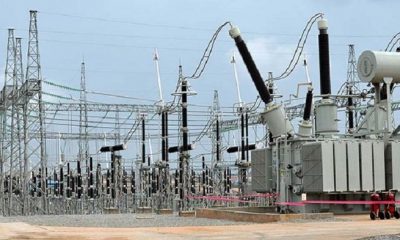 The Federal Government has set aside the sum of $2.3 billion for the first phase of the Presidential Power Initiative (PPI) project, aimed at increasing the nation’s power transmission capacity to 7,000megawatts (Mw).

This is according to the Minister of State for Power, Mr Goddy Agba who made this known during the Nigerian Energy Forum (NEF 2020) Webinar in Lagos, tagged: Energy Solution for Sustainable Recovery yesterday.

Agba said the various interventions are grouped into phases with the near term objective being to increase the transmission capacity from the current level of just over 5,000Mw to 7,000Mw.

“The PPI is structured into various three phases, aimed at increasing power delivered to Nigerians to 7GW in first phase, 11GW in the second phase and 25GW in third phase.

“The project is to be executed at the cost of $2.3billion forms the phase 1 of the PPI and is funded by a loan from a consortium of German Banks for 85 per cent of the contract sum; while 15 per cent counterpart funding is provided by the federal government.

“A Special Purpose Vehicle (SPV) called FGN Powerco is in the process of being set-up following Mr President’s approval. The SPV will warehouse the project’s contingent liability for accountability.

Agba said that the government was also implementing the Transmission Enhancement Programme with key development partners to improve the sector.