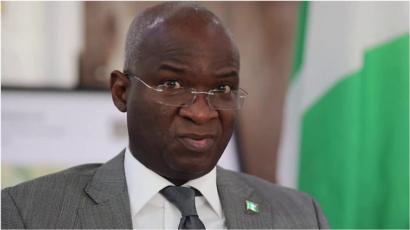 The Minister of Works and Housing, Babatunde Fashola, has expressed his support for Lagos State government’s ban on the use of motorcycles, positing that it should be a major means of transportation is not in the plan of the State.

Fashola made his remarks at a public lecture organised by the United Action for Change in Lagos on Thursday.

Since the enforcement of the ban, residents complained of gridlock, hike in transportation fare and unavailability of vehicles to convey them to their destinations.

Fashola said rather than reduce crime, motorcycles aid it.

During his eight-year tenure as the Lagos State Governor, Fashola also banned Okadas, The PUNCH reports.

He said,“If you are concerned about security you must support the present Lagos governor now on Okada ban. As the Center of Excellence, motorcycles should not be our choice of transport.”

He said Okada riding also aided crisis and caused youths not to explore other productive ways of generating income.