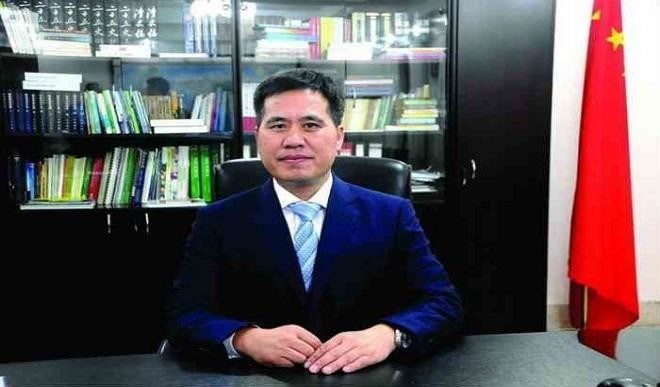 The Ambassador of the People’s Republic of China to Nigeria, Dr. Zhou Pingjian, has said that through industrialisation, strategies and good governance through quality leadership, China is able to arrest its population growth.

Pingjian added that through the family planning policy, the country has been able to sustain its economic growth, as it is one couple, one child, stressing that without family planning, the population of China by now would have been over six billion people.

The Ambassador was giving a lecture Thursday at the National Institute for Policy and Strategic Studies (NIPSS), Kuru near Jos, to the Senior Executive Course 42 with the theme: ‘Managing Population Growth and Human Capital Development: The Chinese Experience.’

He said that with good leadership and proper family planning, the birth rate has drastically reduced.

The ambassador stated that as a result of the focus of the Chinese government, the population growth has been kept low than the Gross Development Progression as the family planning policy has been consistent with a lot of flexibility.

He pointed out that with that, China has been able to make progress as at last year alone, China created over 13.52 million jobs, adding: “In the past eight years, we have been able to create over 30 million jobs at the annual rate of 12 million jobs.”

The Ambassador was delighted to disclose that China and Nigeria have been good friends for over 49 years now when China tied diplomatic relation with Nigeria which has been very cordial and symbiotic which cannot be broken.

He feared that Nigeria’s population come 2050 will be close to that of China, saying that the present population of China excludes Hong Kong and Taiwan that are still suffering from civil war experience, coming to the conclusion that the country has made positive progress.

They embark on family planning, according to him, without any regrets, noticing that wherever he goes in Nigeria, there are no high rise buildings unlike what obtains in China. He also stressed that education is the panacea to all social problems in China as the larger chunk of the country’s annual budget is spent on education, as there are currently 276 million students in school.