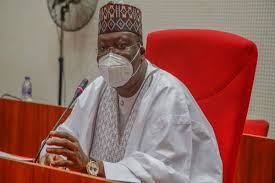 The Federal Government has warned #EndSARS protesters against inciting violence capable of throwing the country into anarchy.

He said: “Peaceful protest is an integral part of democracy and that is why the Federal Government in the last 11 days has treated the protesters in a very civilised manner.

“But, if you look at what happened to the governor of Osun State, it has gone completely beyond peaceful protest against excesses and abuse of power by the police.

“There is nowhere in the world where a government will folds its arms and allow the country to descend into anarchy.

“We are no longer dealing with #EndSARS but a volatile situation that can lead to anarchy if the government does not take some very firm steps to protect the lives and livelihood of innocent Nigerians,” he said.

He added that protesters are wrong to continue to infringe on the rights of others even when the government has begun to address the issues they raised.

I will stand up for Nigeria anytime you need me, Anthony Joshua tells Buhari