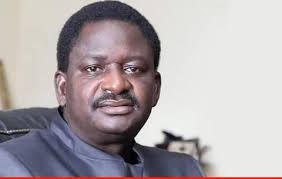 Clerics, under the aegis of the Christian Association of Nigeria and the Nigerian Supreme Council for Islamic Affairs have lampooned the Presidency for attributing the nationwide #EndSARS protests to hate message from religious houses.

CAN and NSCIA, in separate nterviews with Punch on Friday, criticized the Presidency for trading blames, rather than resolving the issues.

The Special Adviser to the President on Media and Publicity, Femi Adesina, had in an article titled, ‘If Nigeria dies, hatred killed her,’ said the #EndSARS movement was a vehicle of hate message encouraged by religious centres.

In its reaction, CAN through Pastor Bayo Oladeji, the Special Adviser to the President, Rev Supo Ayokunle, said the church was not a praise singer of the government and would always seek the welfare of the people.

Oladeji said, “It is difficult to know if Femi Adesina was speaking his mind or the mind of his principal. The problem of some government’s functionaries begins with their myopic thought that they love the country more than the people. This is very wrong and unfortunate.

“Was it the church that gave an order to the military and the police to move to the streets against the protesters in the pretext of preventing it from being hijacked? Did the Federal Government seek counsel from the church on the steps taken? Was it the church that hired exotic cars, buses and lorries to transport the thugs that attacked unarmed protesters?”

Speaking for the NSCIA, the head of Media and Publicity, Ibrahim Aselemi, said, “The NSCIA has done a lot in sensitising spiritual leaders of mosques in Nigeria to why hate speech is injurious to our collective existence.

“At various times, the council has appealed to the Federal Government to deal decisively with the users of hate speech. The council has cautioned imams that hate speech is not free speech. So I don’t know with the greatest respect where the President’s spokesman got his information.”