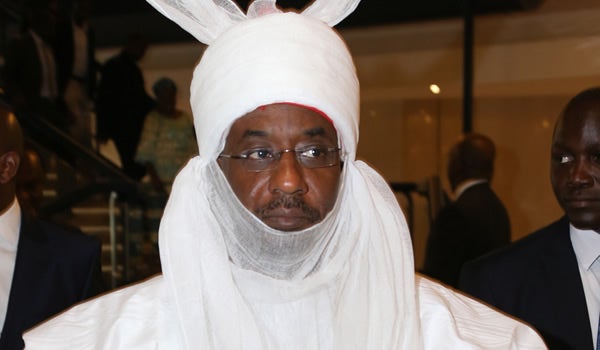 Dethroned Emir of Kano, Muhammad Sanusi, on Tuesday, issued a 24-hour ultimatum for his release.

Sanusi’s lawyer, Abubakar Mahmoud (SAN), made this known during a press conference in his chamber.

Mahmoud said the Kano State Government would be sued if Sanusi was not released within 24 hours.

APC to Fayose: You’re not welcome to our party