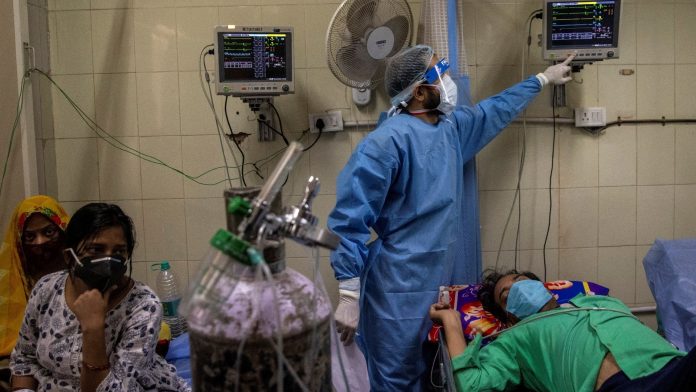 India is facing a tough test containing the spread of the COVID-19 after it recorded over 332,730 new infections, the highest-ever daily infection worldwide.

It posted another grim record as it registered 2,263 deaths, its highest death toll from COVID-19 in a 24-hour period, government data showed.

India recorded 314,835 cases on Thursday and the biggest surge globally since the pandemic began in 2020, bringing the Indian healthcare system to breaking point.

The Hospital chairman, D.S. Rana, said there had been a large number of deaths of COVID-19 patients in 24 hours for the first time, but did not link them to oxygen shortage.
Prime Minister, Narendra Modi, held a series of high-level meetings to review the COVID-19 situation in the country with the Supreme Court calling the public health crisis a national emergency and directing the government to prepare a national plan.

Concerns about the rising cases in India have led some countries to impose travel restrictions on India.

Covid-19 second wave: FG yet to insure health workers amid surge in infections