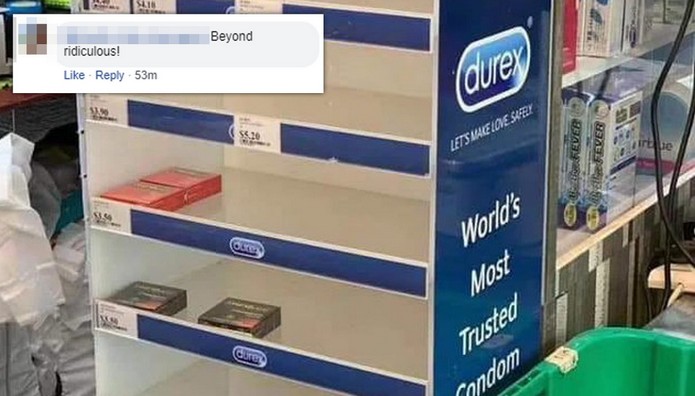 CONDOMS have been flying off shelves in China as people stay in and get frisky amid the coronavirus panic.

As the virus spreads, people hunkering down at home and are stockpiling stuff to keep them entertained.

Hundreds of millions of Chinese people have been left trapped in their houses and flats. Home entertainment kit like yoga mats and video games have seen a spike in sales as shoppers stock up to stave off cabin fever.

And even condoms have been flying off shelves as people apparently plan to get frisky as they wait for the virus to blow over.

Chinese e-commerce site Pinduoduo (PDD.O) said that condoms were among its ten most popular items sold, according to Reuters.

Sales of yoga mats and rowing machines have also soared up 250 per cent during a two-week period in February from a year earlier, it said, while sales of books jumped 60 per cent on Alibaba’s Tmall marketplace in the week beginning February 10 compared with the previous week.

Around the world, people have been stockpiling various items as the deadly virus continues to spread. Panic-buying due to the coronavirus has left many store shelves empty in Australia, as Woolworths has banned shoppers purchasing more than four packs of toilet paper per person.