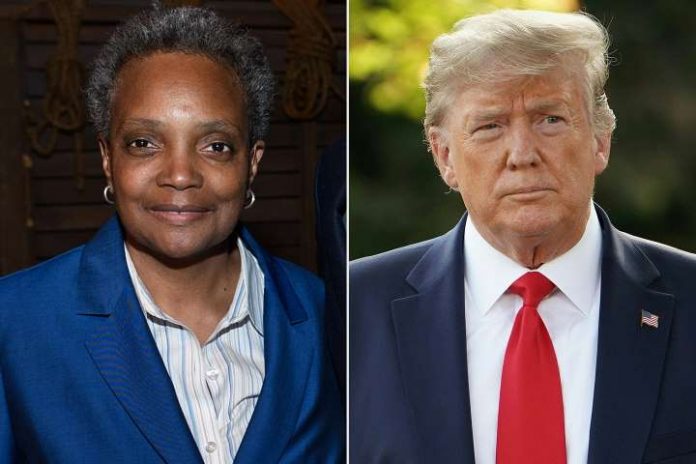 Chicago Mayor Lori Lightfoot has accused President Donald Trump of “encouraging people to be shot in the street” in response to Trump’s Friday tweet concerning protesters in Minneapolis.

Mr Trump had in a tweet on Friday commented on demonstrations arose in Minneapolis following the death of George Floyd, who was allegedly killed by former police officer Derek Chauvin during an arrest attempt.

Trump referred to the demonstrators as “THUGS” in a tweet and said, “When the looting starts, the shooting starts.” The tweet was flagged by Twitter and placed behind a warning that it “glorifies violence.”

Mayor Lightfoot said Trump was “using his bully pulpit to foment violence” at a Friday briefing.
“I will code what I really want to say to Donald Trump,” Lightfoot said. “It’s two words. It begins with F and ends with you.”

Lightfoot said Trump’s goal was to “polarize, to destabilize local government and inflame racist urges. And we absolutely cannot let him prevail.”

Minnesota Governor Tim Walz said Friday that although he spoke to Trump Thursday night, he had no indication that the president would tweet about the situation in Minneapolis. Walz said Trump’s tweets were “not helpful.”

Why I refused my third place medal – Messi