President Muhammadu Buhari had the privilege of unveiling some innovations of the Nigerian Army on Tuesday such as a locally produced mine-resistant ambush-protected vehicle named Ezugwu and other armoured vehicles designed to carry out insertion and extraction of troops, assault, counter-terrorism, delivery of high firepower and urban warfare.

According to reports from the News Agency of Nigeria, the vehicles were unveiled during the Chief of Army Staff Annual Conference, holding in Kaduna.

It was gathered that other primary and secondary armaments were also unveiled at the event, some of them included anti-aircraft guns that also carry a crew of twelve commanders, driver, two gunners and eight soldiers.

“These armoured vehicles that were produced by DICON are testimonies that the government’s effort is yielding positive results.

“It is encouraging to note that, the Nigerian Army as a critical element of National power is involved in innovative and inventive ventures to become an Army to be proud of in the future by all Nigerians.

“There is no doubt that a lot has been achieved by the Army since my assumption into office.

“Our administration has continued to provide resources for the execution of transformational projects with the aim of modernizing the Army to be better positioned to perform it’s constitutional roles,” the President said. 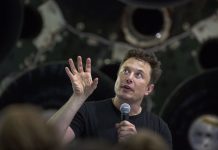 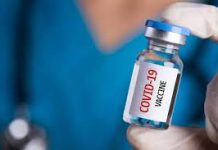 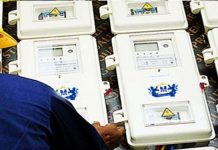