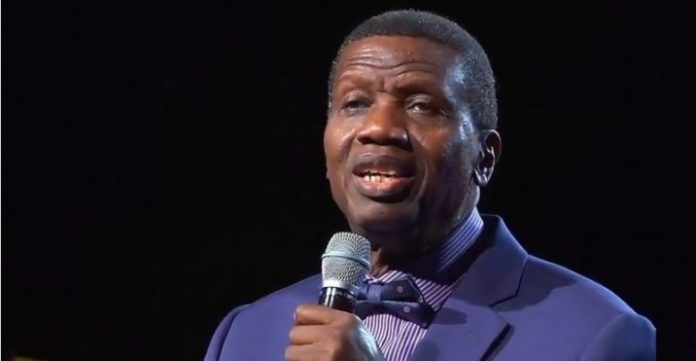 President Muhammadu Buhari and the Senate President, Ahmad Lawal on Thursday led a number of prominent Nigerians who commisserated with the General Overseer of the Redeemed Christian Church of God, Pastor Enoch Adeboye, his family and members of his church over the death of his son, Pastor Dare Adeboye.

The 42-year-old Dare was said to have died while in his sleep, just as the door to his room was reportedly forced open to access his remains.

The RCCG, in a statement, confirmed the incident, adding that he died on Tuesday.

President Buhari, in a statement by his Special Adviser on Media and Publicity, Femi Adesina, the President urged them to find comfort in the teaching of the Holy Scriptures that those who chose to serve God faithfully would see Him “as He is in eternity”.

It read in part, “President Muhammadu Buhari extends deepest sympathies to the family of Pastor Enoch Adeboye, the General Overseer of the Redeemed Christian Church of God, on the passing of his son, Pastor Dare Adeboye.”

In the same vein, the President of the Senate, Ahmad Lawan, in a statement on Thursday by his media aide, Ola Awoniyi, said, “May God Almighty comfort the highly respected Pastor, his family and the entire members of his flock over this great loss and repose the soul of the deceased in eternal bliss.”

Other prominent Nigerians who have condoled with the Adeboye family include The incumbent Speaker of the House of Representative, Hon. Femi Gbajabiamila, former president Goodluck Jonathan, former Vice-President Abubakar Atiku, former Senate President Bukola Saraki among others.