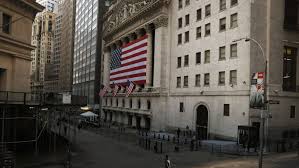 The United States Economy has plunged into recession due to the Covid-19 pandemic, according to the National Bureau of Economic Research, thereby ending the longest economic expansion on record.

The committee said that it had determined that economic activity had peaked in February, citing sharp drops in employment and personal consumption following that month. The recession declaration ended the 128-month economic expansion that began in June 2009, which eclipsed the 1990s recovery as the longest on record.

When the NBER declares a “peak,” it essentially marks the beginning of a period of “significant decline.”

The United States presently has the highest number of Covid-19 cases, and since its entry into the American soil, over 42 million Americans have lost their jobs and turned to unemployment benefits. Stay-at-home measures and businesses closures had an adverse effect on the economy.

The NBER said official data from the Bureau of Labor Statistics confirmed that the labor market peaked in February. On production, GDP figures have yet to be published for the quarter covering the brunt of the pandemic. But the NBER said monthly readings on real personal consumption measures appeared to confirm that the U.S. consumer – a key driver of the economy – also peaked in February.