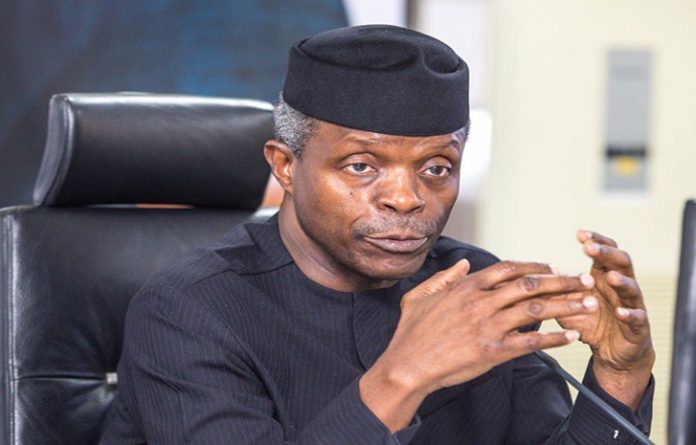 Vice President Yemi Osinbajo (SAN) has stated that the primary objective of forming the All Progressives Congress (APC) in 2014 was to fight poverty among the larger population, especially the most vulnerable and the poor.

At the 5th edition of the Airtel Touching Lives event in Lagos, he said that the writers of the APC’s manifesto, one of whom he is, decided the that the party’s workbook must include a social safety initiative for the people.

The Vice President said the APC, while being put together, was strongly of the opinion that government owed a duty to the poor, the weak, the vulnerable and those who cannot work, hence choice to be dedicated to creating a system that fights poverty, among other things.

According to the Vice President, in a statement issued by the Senior Special Assistant to the President on Media and Publicity, Laolu Akande: “Listening to each story of a life touched this evening must remind us of the many others who need our help, our comfort and our kindness.

The poor and vulnerable always need a voice.

“In 2014, Mr Wale Edun, Prof. Pat Utomi and I met at Pat’s home to write portions of the manifesto of the APC. We all agreed that a fundamental pillar of our party’s plans must be to create a social safety net for the people. We were convinced that government owed a duty to the poor, the weak, the vulnerable and those who cannot work.

Continuing Prof. Osinbajo stated that “social safety nets are not merely acts of sovereign kindness; they are a sovereign obligation – a responsibility.”

Making reference to the Social Investment Programmes of the Federal Government, the Vice President said the effort of Airtel was commendable especially in complementing the work already done by government in tackling poverty.

My British friends warned me against marrying Prince Harry – Meghan