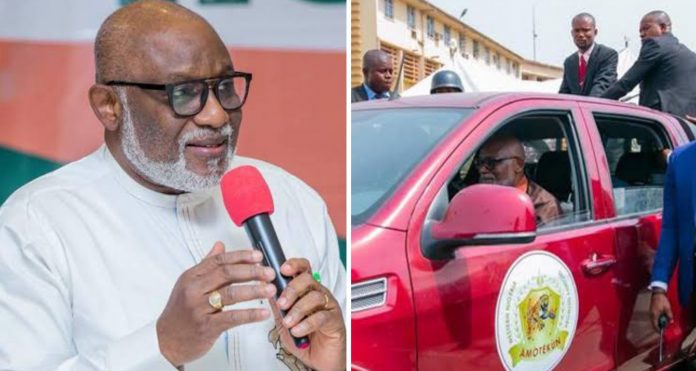 Southwest governors have opposed plans to put the Operation of the Western Nigeria Security Network (WNSN) under the Inspector-General of Police.

The WNSN code-named Operation Amotekun, was inaugurated last year to respond to the surge in insecurity, killings and kidnapping in Lagos, Oyo, Ogun, Osun, Ondo and Ekiti – the states in the Southwest geo-political zone.

Their reaction omes in response to the Senior Special Assistant to the President on Media and Publicity, Mallam Garba Shehu’s statement that the Federal Government intends to integrate Amotekun, and other such security outfits into the new community policing arrangement which President Muhammadu Buhari has endorsed with a N13 billion vote.
Chairman of the Southwest Governors’ Forum, Oluwarotimi Akeredolu (Ondo State) said on Wednesday that Amotekun would not be subsumed into the community policing programme.

He said: : “The operation and command of the multi- level of policing cannot be central. It is an idea that will come to be. There will be state police and at a point, the local government will have theirs. All of us combined will ensure security of lives and property. Community policing is a good idea. Who will be in command, the community will own. We must work towards having multi-level policing.

”We will not collapse Amotekun outfit, into Community policing. Amotekun will stand on its own. It will operate under its own law. There is no intimidation. We will not collapse it. There is no need to pretend. We will make them to understand. We are not forcing the IG to understand. We have our own laws. If anybody feels otherwise, he should go to court. Amotekun has come to stay.”

Stating a similar sentiment, Oyo State Governor Seyi Makinde said Amotekun will not be under the control of the federal structure but fully owned, managed and controlled by the state government.

His words: “I am saying it for the whole world to hear that Amotekun is here to stay with us and it will not be under the control of the federal establishment. It will be under our control.